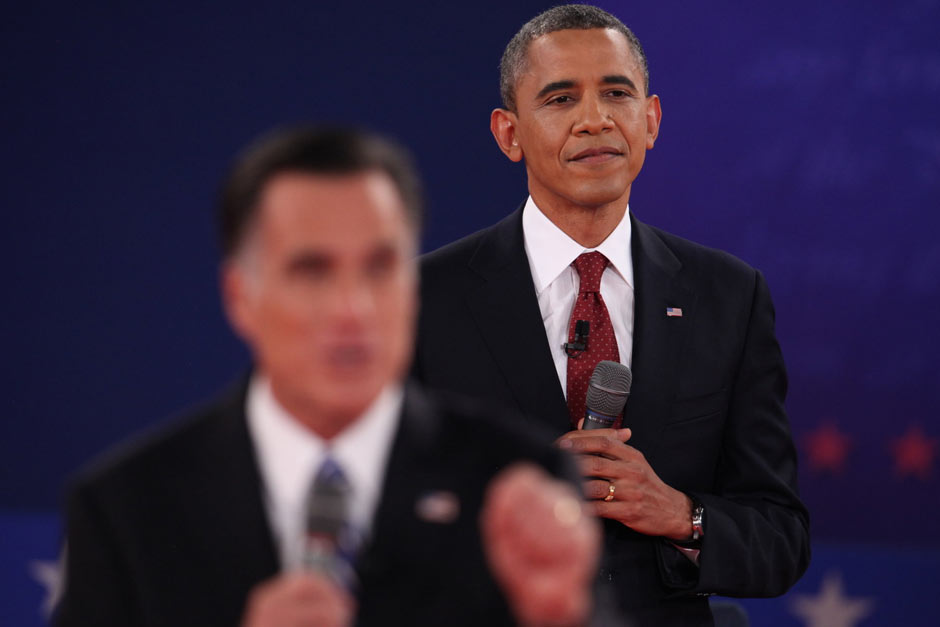 Most Americans have tuned in to at least one of the three presidential debates for 2012. It's hard to say whether or not a debate really matters in terms of who wins the Presidency. Research findings show that, "general election debates do not typically have dramatic effects on voters." Never the less, the third debate drew approximately 59.2 million viewers, so regardless of whether or not presidential debates change viewer opinions, people sure want to watch them. One of the most frustrating moments in debates occur when opponents disagree and spend a few moments doing a, "that's completely inaccurate", "no, it's accurate" dance and we viewers have to wonder which guy is telling the truth. Why-oh-why can't there just be a "Fact Check Ticker Tape" running along the bottom within seconds so we could all know the truth and move on with it?

The same could be said of normal life situations in which we can't tell whether or not someone is being dishonest.

Fact Check or Complete Background Check - Get to the Truth of the Matter!

Who knows how many people actually jot down notes about things they want to "Fact Check" when the debate is over, but I am certainly one of those people. There were some glaring discrepancies and I find it important to go to fact checking websites to see who's right. Will this change my opinion of which candidate I will vote for? Probably not; however, if "My Candidate" were to be the most erroneous regarding crucial facts on a consistent basis, I would definitely give pause and wonder why.

This same type of "he said - she said" argument is common in companies when one employee accuses another of fraudulent employee behavior. It takes place regularly in court rooms as two people hammer out the details or a divorce, child custody, or in a child support case. When both people have "sworn to tell the truth" but their facts differ, or an employee looks directly into the boss? eyes and say, "I promise I'm not lying, s/he is," it's obvious that one person is being dishonest.

Real life "Fact Checks", or Complete Background Checks come in handy when one party needs to know the truth about another. Our investigation company, Linked Investigations, uses Background Checks regularly in order to find out the truth and get to the bottom of things. Together, a background check and surveillance services can get the evidence our clients need to make a competent, educated, and/or fair decision. There are several cases in which a background check and/or surveillance services can come in handy:

An Affordable Background Check Can Save You Time and Money!

While we can't tell you who to vote for, we can tell you that a professional background check can act as your own personal "Fact Checker" before you make some of life's - or a business? - most important decisions. A little money spent now checking the facts, can save you thousands of dollars down the road.

Mike Garroutte is a Southern California private investigator who performs accurate background checks in San Diego, Los Angeles and Organge Counties. You can contact Linked Investigations for your background check needs at  714-432-9911