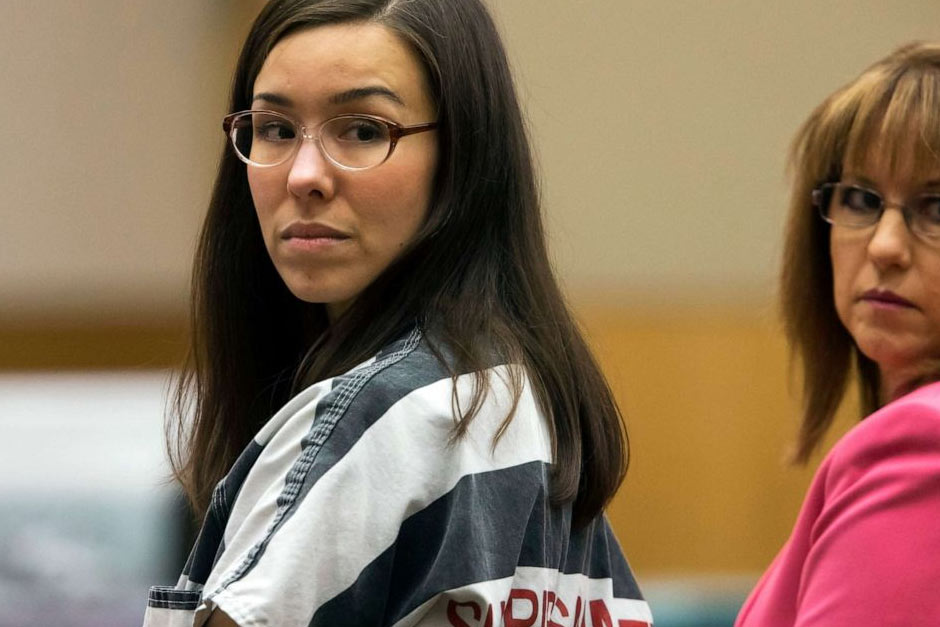 If you have watched this often painfully ridiculous, 17 week trial on television and listened to the testimony, you cannot come to any other conclusion. Still, the outcome is up in-the-air. The jury is out and is expected to bring back their verdict within the next two days or so. Will they be able to convict the defendant of Murder, Manslaughter, or just unlawful possession of a sharp object and a bad hair dye? We'll see not too soon enough.

What will the jury agree on and convict Jodi of?

Juries are difficult to figure out. You can have 12 jurors and a handful of alternate jurors watch the same testimony from all of the witnesses, defendants and prosecutors, and still act like they have each just watched a completely different movie. It's hard to blame them most of the time with the instructions they receive and the strict rules they have to follow. The intentional confusing and opportunistic admonishments they receive from everyone involved.

The prosecutors will stop at nothing to make their case while the defense lawyers will do whatever it takes to force a jury to decide in favor of their client, even when their client is as obviously guilty of premeditated murder as this woman, Jodi Arias.

Can anyone believe Jodi Arias is not guilty of murdering her ex-boyfriend Travis Alexander. She is possibly the scariest type of person alive. There are accounts of Ms. Arias acting sane and light-hearted, but one can easily see the darkness inside her. You can see the gears turning in that head of hers when she's on the witness stand trying to navigate her way through her testimony. Trying to cautiously answer questions and fabricate lies on top of lies. Trying to remember the lies she already told and keep her ever-changing story straight in her twisted mind. She is now, for the first time, really fighting for her life.

This is the stalker girlfriend from hell. She is obviously so evil and cunning, who in their right mind could mistake this for anything else. Jodi obviously has serious mental issues that finally spilled over the top. She was known to have stalked Travis previous to the day she admittedly killed him. Slashing his car tires, entering his home uninvited when Travis was with another woman.

She finally drove a great distance from her location in California to his, in Mesa Arizona, arriving at about 4:00 a.m. sleeping with him then spending the next day with him before doing the dirty deed. She has admitted this much.

What about the premeditated murder charge? Can she be found guilty of planning to kill Travis? The Jury has heard all of the testimony, asked their own questions of the defendant and is now in Deliberations. The trial is over and the verdict will come soon enough.

Interesting points and facts in evidence;

There are other facts that show an obvious premeditation to murder. How can anyone with common sense see it any other way after watching the case and highlights for themselves?

We agree that the evidence showed her boyfriend was not an all-around great guy. This evidence was compelling to a degree, but it falls 1000 miles short of proving any rational motive for Jodi Arias' action before, during or after she murdered him.

Travis Alexander did not deserve to be murdered. Jodi Arias was a willing and enthusiastic partner. She was a jilted lover - come stalker and finally a brutal psycho killer.

Category:
PI BLOG
Tagged as:
« Run an Asset Search BEFORE Forming a Business PartnershipPrev
Could a Complete Background Check Have Saved Michael Jackson? »Next
Get a Free Consultation